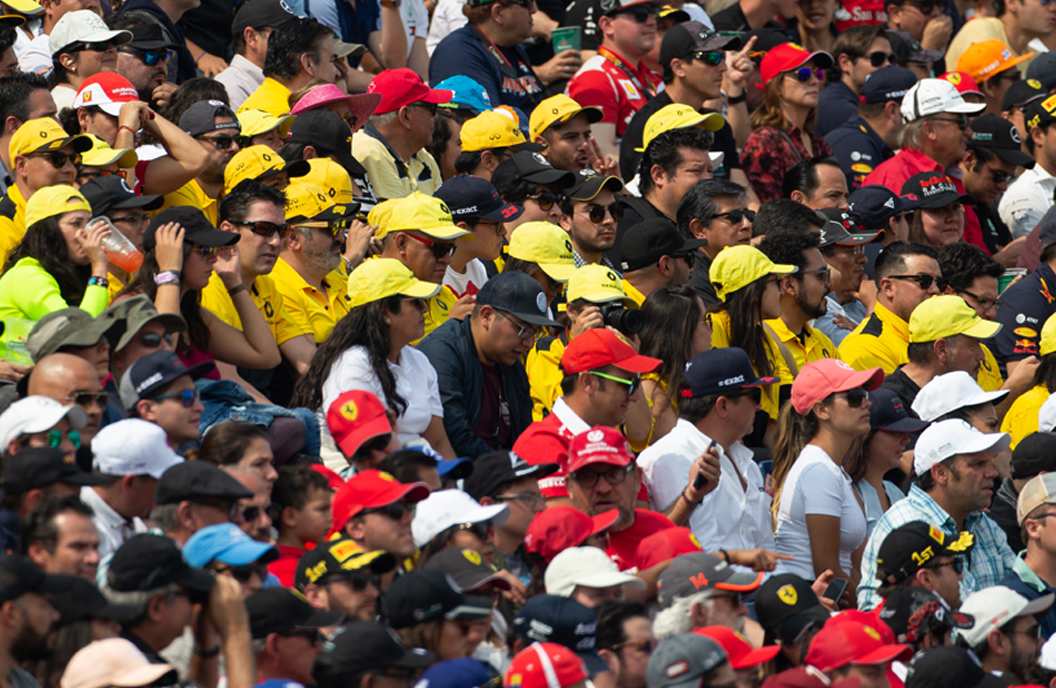 These top stories piqued our interest this week…

This week has marked a positive and significant turning point for 2021; with further lockdown and social distancing restrictions lifted on 17th May, sports fans can now start returning to their stadium and grandstand seats to cheer on their favourite teams and athletes.

So far, the restriction liftings have seen horse racing, rugby, football and Formula 1 welcome back fans at venues, in limited capacities. This was following several test events which included the FA Cup Final at Wembley on 15th May, which saw Leicester beat Chelsea in front of 20,000 fans.

Over the coming weeks and months, more and more sports venues are expected to open their doors up to spectators once again. Not only this, but it also means an opening up for those working across the sports industry. The team here at The Memento Group look forward to being able to attend sports events once again such as F1 and Paddock Club, meet with our fantastic clients and partners, and continue growing our outreach.

Formula 1 have added a second Austrian race to the 2021 calendar this week, to replace the Turkish Grand Prix.

The announcement has resulted in a calendar reshuffle.With the new race scheduled for 25th-27th June, theFrench Grand Prix has now been brought forward a week. It means that there will be three consecutive race weekends in June, with the French race and two Austrian races placed back-to-back.

The return of a second race at the Red Bull Ring is welcome news for fans of the sport, especially Max Verstappen fans who are known for creating seas of orange in the grandstands in support of the young Dutchman.

Last year’s Austrian races – the Austrian GrandPrix and the Styrian Grand Prix – saw some great podiums, which the team here thoroughly enjoyed seeing. With some of our licensed teams achieving podiums and points finishes, such as McLaren’s Lando Norris claiming his first ever F1podium, we look forward to the exciting results that this season’s races could bring.

A story that touched the hearts of many sports fans around the UK this week - including the team here at The Memento Group - is that of Kiyan Prince and Fifa.

In honour of Kiyan Prince - a young football prodigy for QPR’s youth academy who was tragically killed in 2006 - Fifa 21will be creating him as a playable character, to mark what would have been his 30th birthday.

The campaign, called Long Live the Prince, was created by Engine, in collaboration with both EA Sports and the Kiyan Prince Foundation, which was set up by Prince’s father in 2007. All proceeds raised by the campaign will go directly to the foundation which raises awareness for knife crime and empowers positivity in young people through sports. The foundation quotes: “Using Life coaching and Sports to empower young people to create thriving communities and a violent free society.”

As a business who have worked with various charities over the years, such as the Australian Bushfire Foundation and Formula 1’s WeRaceAsOneCampaign, news such as this will always be followed closely by us.

Through Fifa 21, Prince’s football legacy and journey will be able to live on through his playable character.

Irish mixed martial artist, UFC star, and businessman, Conor McGregor has been named as the highest paid athlete in 2021, according to Forbes Magazine.

Forbes Magazine recently released its list of the top ten highest paid athletes with McGregor topping the list for the first time. The magazine claimed the athlete – a former two-division champion – earned around $180million over the last year.

It’s believed that McGregor made most of these earnings outside of this fighting career, meaning he joins Tiger Woods and Roger Federer as the only athletes to clear $70 million out of their sports while actively in competition. McGregor is also the only combat sports athlete to make the famed Forbes list. Other athletes on the list include Lionel Messi, Cristiano Ronaldo, and Lebron James, among others.

McGregor has spoken out about his future as a sports businessman and what he can potentially bring to teams and clubs. And he’s not the only one with projects up his sleeves…

The Memento Group is thrilled to be partnering with more sports in 2021. With some big announcements coming up, we are excited to share with you shortly what we’ve got in store. Watch this space!

Make sure you’re following The Memento Group on social media to find out about our latest news, upcoming announcements and launches, and new sports partnerships.

The Biggest Opportunity Rightsholders Are Missing

The Memento Group’s Commercial Partnerships Manager, Kirsty Patterson, discusses the effects of 2020 on the sports industry and ways in which The Memento Group can help you and your business excel.