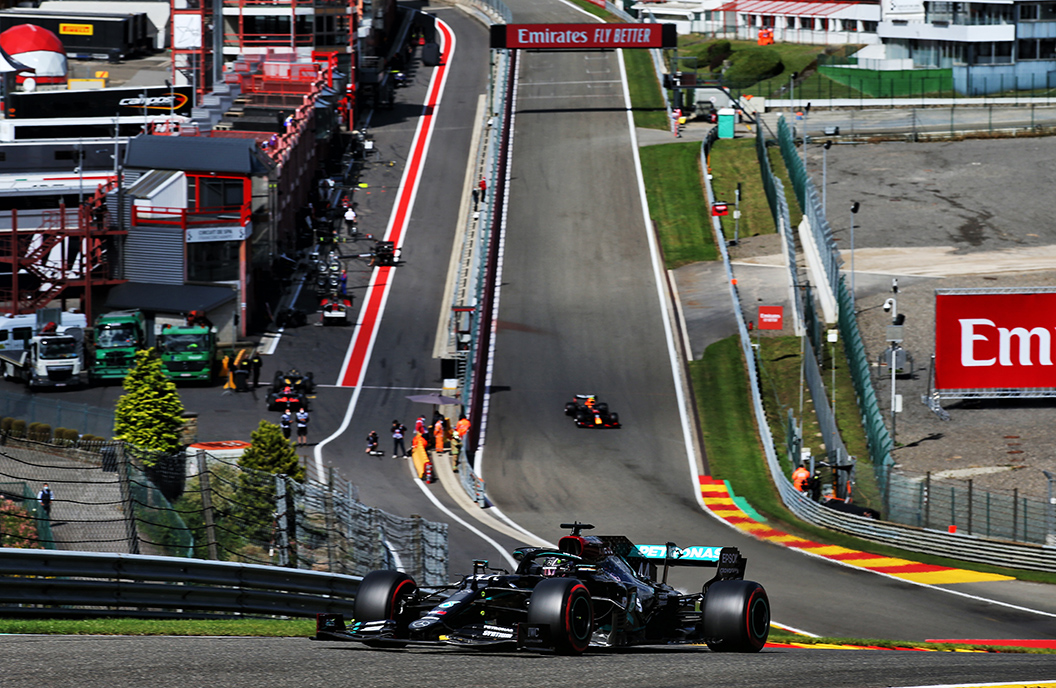 This week, we’re discussing the top new stories in the world of sport

Despite recent news that this season’s Japanese Grand Prix has been cancelled, there’s still plenty to be excited about in the world of F1. With the summer break nearing its end and the Belgian Grand Prix coming up this weekend, the team at The Memento Group are looking ahead to the second half of the 2021 season and all it may bring.

With a thrilling first half completed, which saw incredible duelling for the top spot between Lewis Hamilton and Max Verstappen, we can expect an even fiercer battle as we head into the next races. With Hamilton carrying a narrow lead of eight points over his Championship rival, Max Verstappen, the Title at this stage could still very much go either way, with everything still to play for. But McLaren’s Lando Norris and Mercedes’ Valtteri Bottas, mustn’t be ruled out either, as well as Red Bull’s Sergio Pérez, as all three drivers also occupy third, fourth and fifth respectively, with over 100 points each.

The Belgian Grand Prix is considered one of the most iconic races on the F1 calendar and The Memento Group is celebrating its build up with a memorabilia auction over on its platform, F1 Authentics. Running until 31st August, the Spa Francor Champs auction features a collection of rare and unique F1 memorabilia, from signed photos to race-worn racewear, to race-winner’s trophies and more.

The Memento Group team will also be heading to Belgium this week to set up the F1 Authentics boutique for another round of F1 action from Paddock Club.

Premier League football has returned with many clubs and stadiums seeing the return of full capacity crowds once again. The league kicked off on 13th August with Brentford Vs Arsenal and is now well underway.

The teams occupying the top spots so far – although only two matches into the season – are Chelsea, Liverpool, Brighton and Tottenham, who have all won both their last matches. Nevertheless, there are still 36 Gameweeks to go, and with almost an entire season ahead, we can be sure to see plenty of thrilling action as the weeks go by.

The main focal point of the start of the Premier League, however, was the return of fans. With several fixtures earlier this year, including some Euro 2020 matches, welcoming fans, we were expecting to hear the roar of the crowds once again when the League commenced. And it has been incredible to experience it once more. With the entire world affected, and all sports stadiums having to adhere to strict Covid-19 rules and regulations in 2020 and early 2021, the absence of crowds left an enormous hole. But sure enough the past two Gameweeks of the Premier League have ensured us all that the passion is bigger and better than ever.

And with many big football fans here at The Memento Group, the Premier League is forever an ongoing conversation around the office - with plenty of friendly rivalries for good measure.

Following the incredible Toyko 2020 Summer Olympic Games which ended on 8th August, the Tokyo Paralympic Games will commence from Tuesday 24th August and will include around 4,350 athletes from all more than 160 different countries.

The Games will include 22 sports and will include 539 gold medals to win. During the previous Paralympic Games, Rio 2016 Paralympics, Great Britain won an impressive 147 medals in total; this included 64 gold medals and meant that they finished the Games second on the medal table, with China winning the most.

Great Britain’s squad for the 2020 rescheduled Games will include 227 athletes who will be competing in 19 of the 22 sports.

With the Tokyo Olympics being a talking point around Memento HQ, the Paralympics will certainly be no different, and the team here will be backing Team GB for what is expected to be another triumphant Games.

To keep up to date with The Memento Group, make sure you are following us on social media. You can also catch up on the latest news stories, columns, and announcements here.