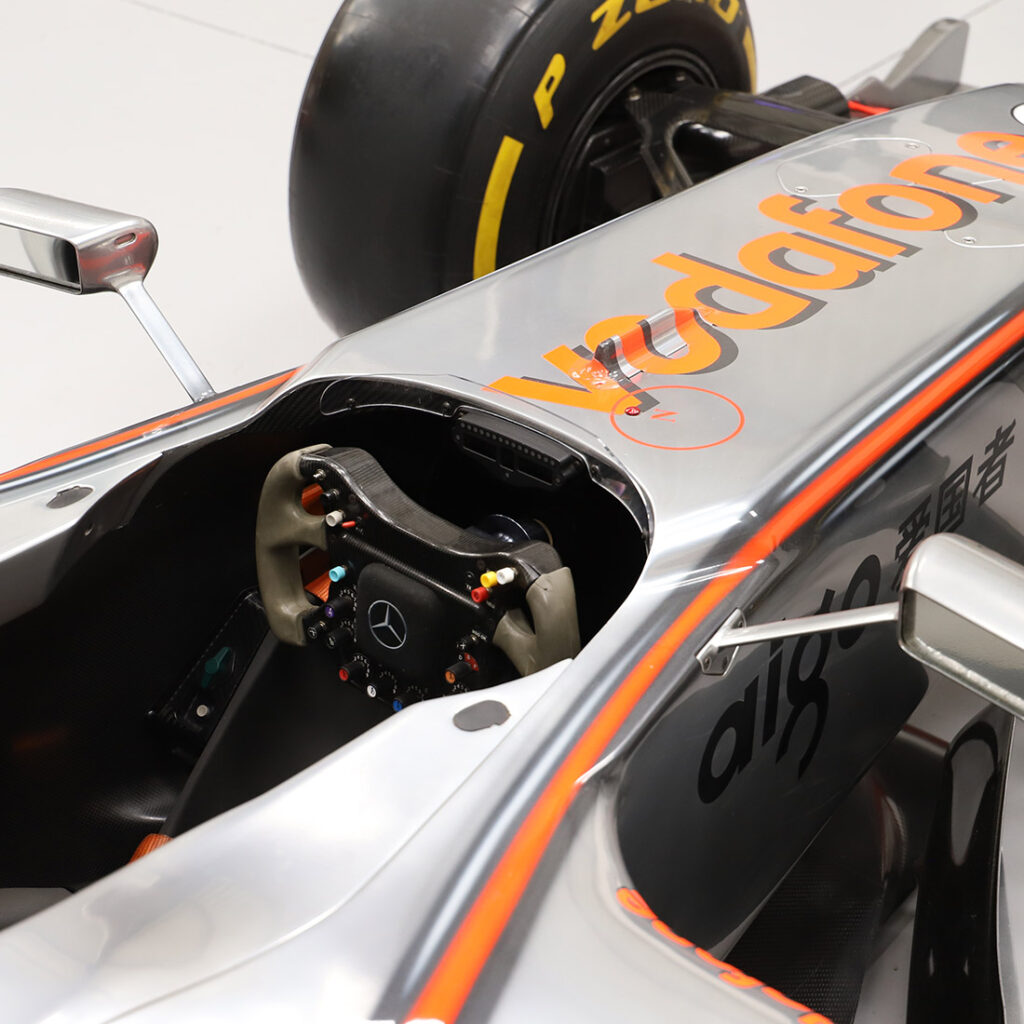 F1Authentics is hosting an unprecedented F1® memorabilia auction to mark 70 years of the world’s favourite sport, Formula One®. Starting 16th July and closing on 9th August, shortly after the chequered flag is waved for F1’s 70th Anniversary Grand PrixTM, we are giving F1® fans a unique opportunity to bid for a McLaren MP4-21 Official Show Car and Renault R.S.18 Ex-Race Car, as part of our exciting three week long celebration of a true milestone in motorsport history.

The Silvertone Auction will run for the period leading up to and including the Emirates Formula 1 70th Anniversary Grand Prix 2020 (7 to 9 August 2020), taking in the Formula 1 Pirelli British Grand Prix 2020 (31 July to 2 August 2020). Both Grand PrixTM will take place at Silverstone as part of the truncated 2020 FIA Formula One World ChampionshipTM.

In addition to the headline show cars, visitors to www.F1Authentics.com will also be able to bid on an exclusive collection of heritage products from previous F1® seasons, along with current 2020 season race-used driver wear from teams including McLaren, Renault and Alfa Romeo.

For your chance to own the ultimate piece of F1® memorabilia, bidding in “The Silverstone Auction” begins on 16th July, with final lots closing on 9th August. Visit www.F1Authentics.com for more details.

During the 2006 season the McLaren MP4-21, driven by Kimi Räikkönen, Juan Pablo Montoya (10 starts) and Pedro de la Rosa (8 starts), took part in all 18 races, secured nine podiums and scored points in all races except the 2006 United States Grand Prix.

McLaren placed third in the Formula 1® Constructors’ World ChampionshipTM that year with Räikkönen coming in 5th in the driver’s standings.

A young driver called Lewis Hamilton was one of the McLaren-Mercedes test drivers that season. It would be the chassis of this model that would go on to form the foundation of Hamilton’s record-breaking Rookie season in 2007 and then, ultimately, his maiden FIA Formula One World ChampionshipTM win in 2008.

Produced for official promotional use by the team, the car comes in the iconic 2008 Championship winning livery, representing a key moment in F1® history.

One of the first modern era Hybrid F1® cars to be brought to market. It was designed and built by the Renault DP World F1 Team.

The car up for auction is made almost entirely from original race parts and comes with an engine (internals removed) and a chassis with full race history from an earlier season. It also features a cutaway section, allowing you to view the intricate interior workings of the car.

During the 2018 season, Nico Hülkenberg continued to drive for Renault, having signed a multi-year deal the year before, and Carlos Sainz Jr completed his first full season for the team, having joined halfway through the previous year. The team finished 4th in the Formula 1® Constructors’ World Championship with 122 points. 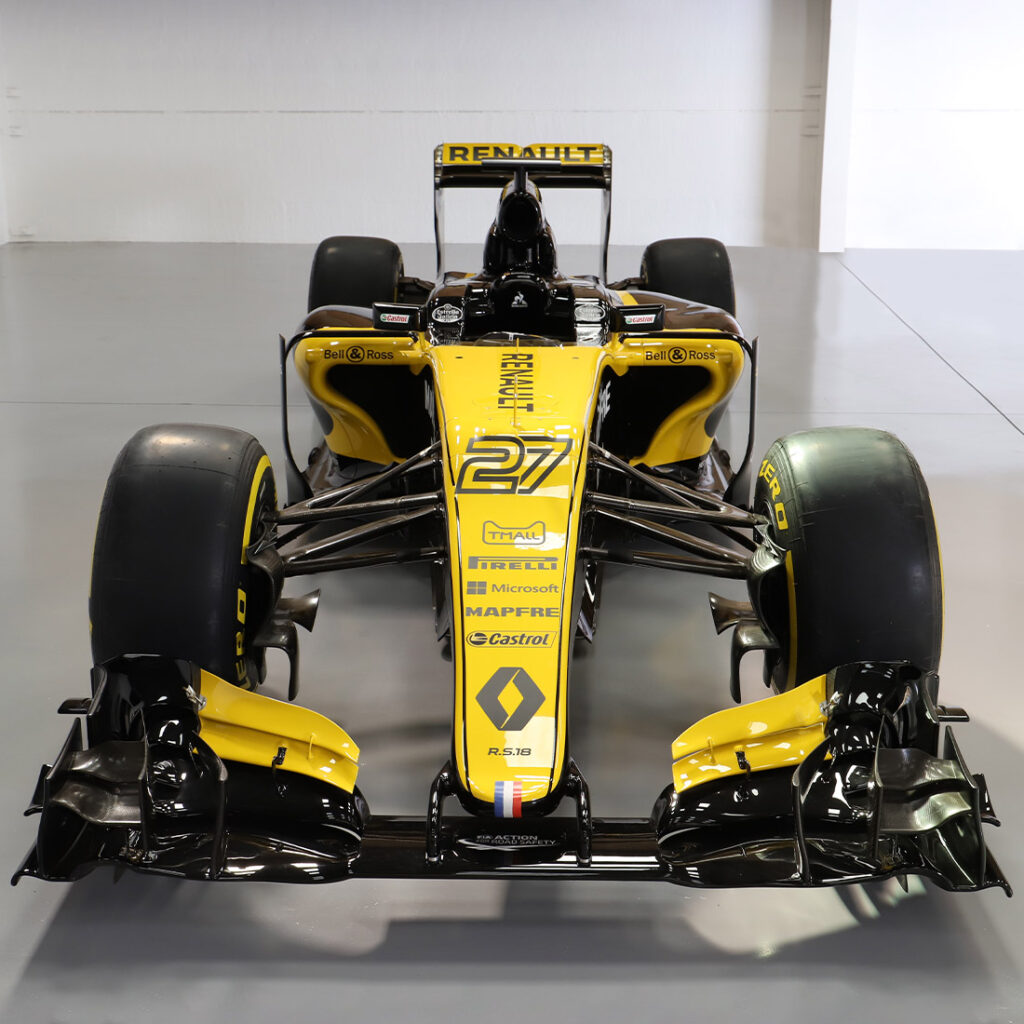 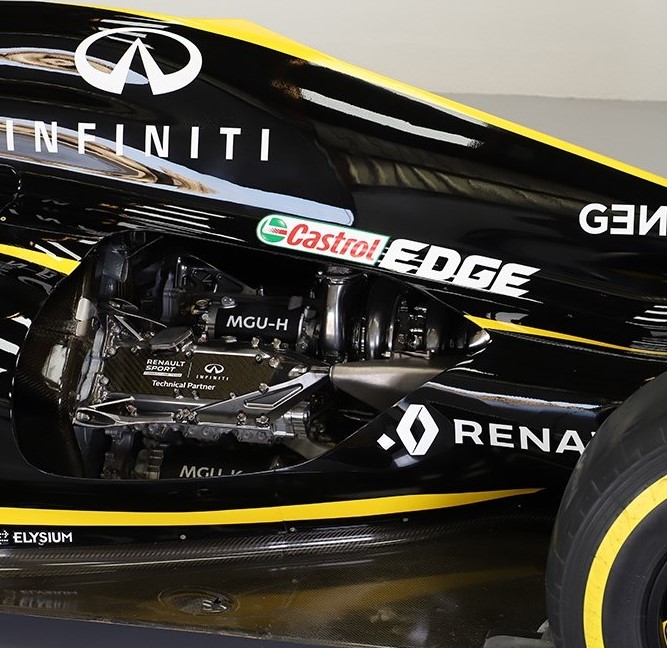 The Biggest Opportunity Rightsholders Are Missing

The Memento Group’s Commercial Partnerships Manager, Kirsty Patterson, discusses the effects of 2020 on the sports industry and ways in which The Memento Group can help you and your business excel.