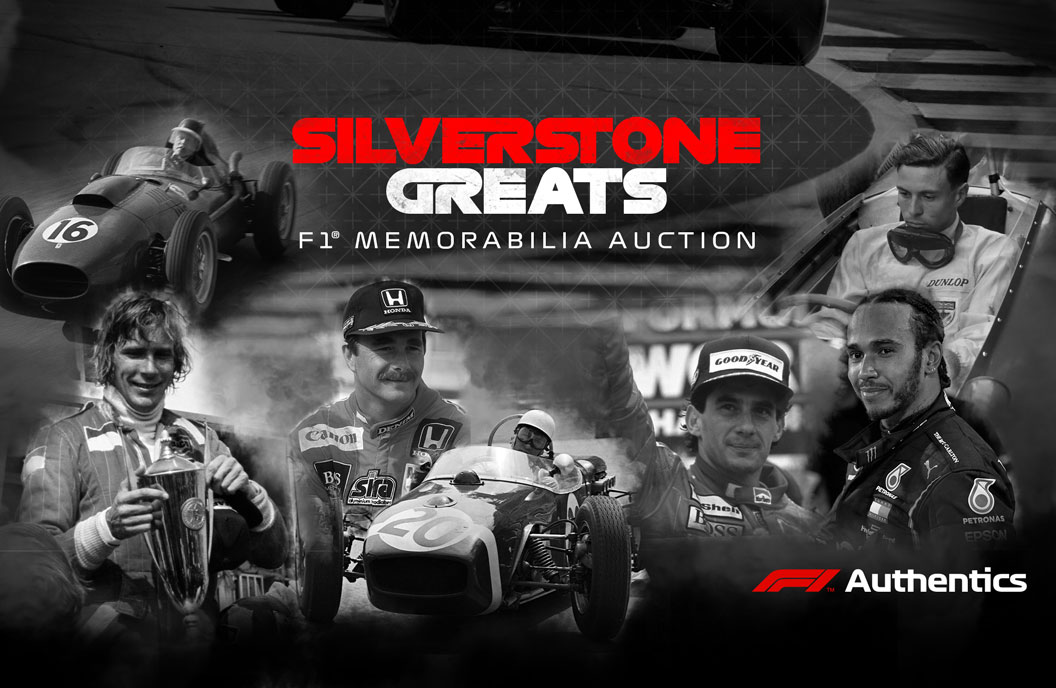 Established as the only official online F1 memorabilia shop and auction, F1 Authentics (owned by The Memento Group) has launched its Silverstone F1 campaign, in celebration of the upcoming 2021 British Grand Prix.

Silverstone Greats is an online sports memorabilia auction that will be running on the platform from 5th July until 20th July and includes more than 75 rare items representing each decade of Formula 1.

With the British Grand Prix recently announcing that it will be welcoming a full capacity crowd, and the race being listed as the first this season to feature the new Sprint Qualifying, our special auction gives fans even more of a reason to celebrate.

A pièce de resistance item of the auction, however, is a 1997 McLaren MP4-12 Official F1 Show Car, which has been built in-house by The Memento Group. One of The Memento Group’s most proud attributes is its bespoke F1 show car builds and ex-race car restorations.

The F1 auction will celebrate both past and present drivers, as well as previous winners of the British Grand Prix. Other highlights of the auction include vintage photographs signed by F1 drivers, race-worn racewear, and bodywork from a selection of iconic F1 cars.

“We are delighted to reveal our Silverstone Greats collection, which will be auctioned over several weeks, celebrating the iconic British Grand Prix. Our hand-selected F1 memorabilia allows fans and collectors the chance to own a piece of genuine racing heritage from some incredible and iconic legends.

“Our auctions are a fantastic way to engage fans, whilst also celebrating Formula 1 history. This year’s British Grand Prix at Silverstone Circuit will be memorable in more ways than one; not only is the venue welcoming full capacity, but the race will also feature Sprint Qualifying for the first time this season. We hope our Silverstone Greats Auction can also bring excitement to the F1 fans.” commented Philip Danglidis, Commercial Director of F1® Authentics, The Memento Group.