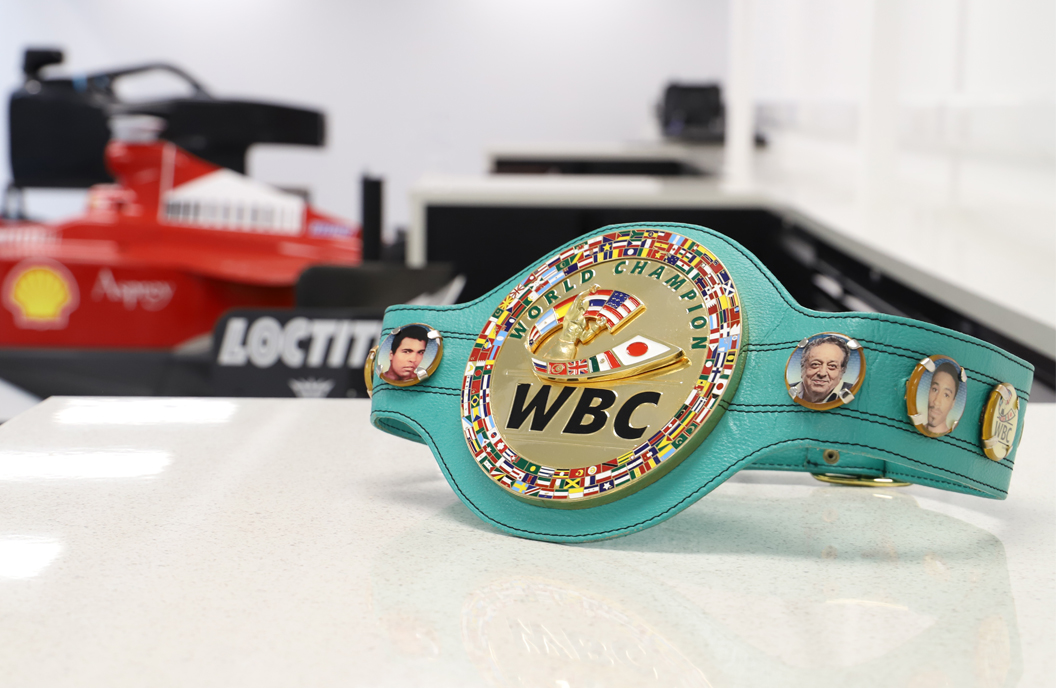 Last year, The Memento Group received a special message from a customer of its F1 Authentics memorabilia store, a customer who just so happened to be British former professional boxer Michael Watson, MBE.

Michael, who between the years 1989 and 1991 held the Commonwealth middleweight title, is a huge fan of Formula 1 as it turns out, and so, following a string of exchanges, the Team were able to extend an invitation to Mr Watson for a visit of our HQ.

Joined by his carer, Michael arrived at The Memento Group HQ on Wednesday 26th May sporting a black F1 hoodie and a huge grin. Greeted onsite by CEO, Barry Gough, Michael explained his passion for Formula 1 and his excitement at getting to see what goes on behind closed doors.

Under the current climate, the team at The Memento Group have been unable to welcome guests into the new and expanding HQ in Northamptonshire, which has undergone an incredible transformation, from a farm building into a state-of-the-art office space housing thousands of pieces of memorabilia. However, with restrictions starting to ease, Michael’s private tour marked the beginning of a new chapter for the business.

The team took Mr Watson inside for a viewing of the show cars in the race bays – show cars are a bespoke service offered by us – as well as to see our excellent framing services and last but not least, have a look through our huge collection of race-used memorabilia, each telling a unique racing story.

Photography Manager, Kamal Kheldouni, who spent the day capturing the visit, commented: “Michael got a smile and laugh out of each and every member of staff.”

The former boxer spent hours at HQ, taking the time to talk to each member of staff individually, signing photographs, telling stories, and showing off his WBC belt.

“Michael lit up every room. He spent time with all of us, making everyone laugh so much. It was a great day and a privilege for everyone involved,” commented The Memento Group’s Commercial Partnerships Manager, Kirsty Patterson.

Whilst on his visit, Michael discussed Anthony Joshua and the potential fight between him and Fury which was originally scheduled for August, explaining how incredible it is for the UK to have two British heavyweight boxers at the top of their game – and we couldn’t agree more.

As a former boxer, Michael expressed his admiration for Anthony Joshua, claiming he is an ‘example to everyone’ with ‘the mindset of a champion’ - an ethos which runs deep.

When asked, Michael named Muhammed Ali as the greatest fighter in his eyes, and someone who inspired him to fight for his life after he received a visit from Ali in the hospital years ago.

Michael’s story is an extraordinary one. In 1991, his boxing career was cut short following a near fatal injury during a match with Chris Eubank, which caused him to lose the ability to hear, talk and walk. Despite this, his sheer determination meant that over the years he started to regain his strength and his abilities.

In 2003, Watson completed the London Marathon raising money for the Brain and Spine Foundation – an outstanding accomplishment. Taking part alongside him were his neurosurgeon and Chris Eubank himself, who had become a close friend and support. Watson was awarded the MBE by Queen Elizabeth II in 2004 for his services to disability in sport. Later in 2012, he was a torchbearer for the Paralympic relay.

Michael Watson even had a special message to give to racing driver Billy Monger, which the Memento team captured: “He’s truly amazing. I’ve been through what he’s been through. It takes a true champion. You are a total inspiration and I’m very inspired. Just keep up the work and keep fighting on!”.

The conversations held at our HQ were nothing short of inspirational, and it was as much a joy to host, as it was for Michael to experience Memento hospitality.

Welcoming guests of such stature, such as Michael Watson, to our site is an ambition of the team for the coming months and years as we continue to grow and develop the site.

Following his visit, every member of The Memento Group expressed their joy at meeting Michael Watson, describing him as ‘so friendly’, ‘incredibly charming’ and 'absolutely lovely’. And the smiles of the team in each photograph taken speak for themselves.

So, as a parting gift, we wanted to present Michael with something he could truly treasure and remember from his time with us. As a big fan of Formula 1 driver and seven-time World Champion, Lewis Hamilton, who he described as ‘the greatest’, Michael was presented with a framed pair of signed Lewis Hamilton Gloves. 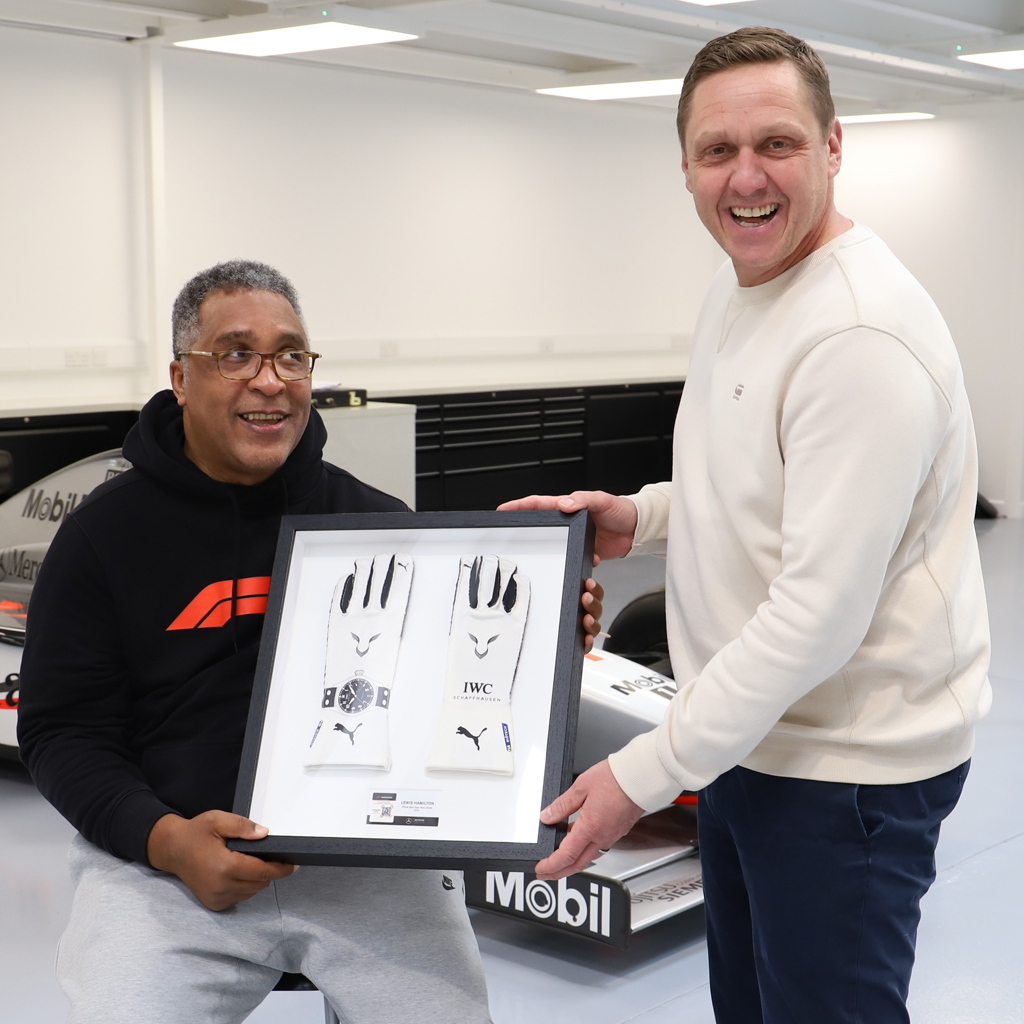