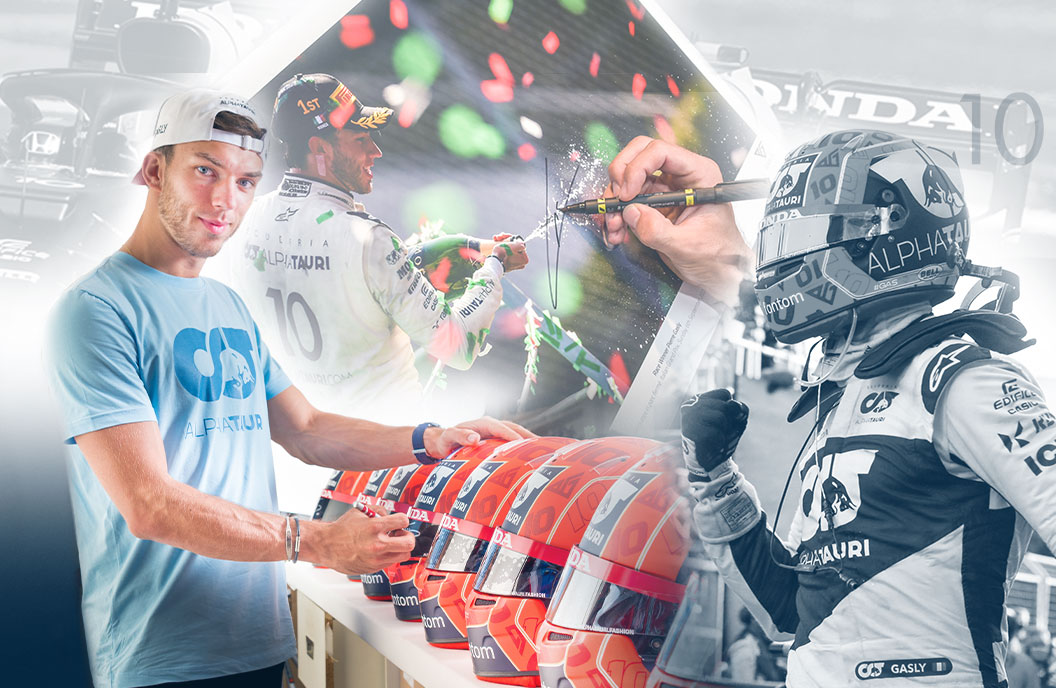 The Memento Group has confirmed an exciting new licence agreement with Formula 1® driver and race winner, Pierre Gasly, marking the start of a new partnership.

The Memento Group and its platform, F1® Authentics, the only official online F1® memorabilia shop and auction has just signed Scuderia AlphaTauri driver, Pierre Gasly, as its latest partner, marking the first time the two have worked together.

This new licence agreement will give fans access to limited edition and rare pieces of Gasly memorabilia, from signed photographs, to signed replicas of his helmet designs, plus much more, which will all be available of F1 Authentics.

The licence will help The Memento Group deliver memorabilia and collectibles from past and current seasons, guaranteed with unrivalled authenticity, to F1 and Gasly supporters all over the world.

The first items of memorabilia that the agreement will bring to the F1 Authentics platform, will be signed 2020 photographs, celebrating Pierre Gasly’s incredible maiden F1 victory at the 2020 Italian Grand Prix in Monza, as well as signed 1:2 scale helmets and signed full scale helmets.

The 2021 season has already proved highly successful for Gasly, who has scored points at eight races so far on the calendar. His impressive driving talent has ultimately gained him mass support from fans all over the world, and this exciting new partnership will allow these fans to own a piece of Gasly’s F1 journey and feel closer to the action than ever before.

“We are thrilled to be partnering with Pierre Gasly for the first time in our company’s history. This exciting licence agreement will allow us to deliver a new memorabilia offering, reaching an entirely new fanbase of Gasly supporters, which is an increasing demographic. F1 fans are really behind the French driver, whose story so far in the sport is admirable, and our team can’t wait to work with such a promising talent.

“We’ve built strong partnerships with many F1 teams and drivers in the past, and now we look forward to embarking on this journey with Pierre and his management, in what we hope will be a long-standing relationship for years to come,” commented Phil Danglidis, Commercial Director at The Memento Group.

“I’m excited to be collaborating with F1 Authentics and The Memento Group, for the first time. The past year has been difficult for many sports fans, but through this partnership I’m hoping we can help them feel a little closer to the action. We’ve had a great start to the 2021 season, off the back of an incredible season last year, which included my first F1 victory, and so it’s going to be great to share some of those moments with my fans through this new memorabilia collection.” commented Pierre Gasly, Scuderia AlphaTauri.