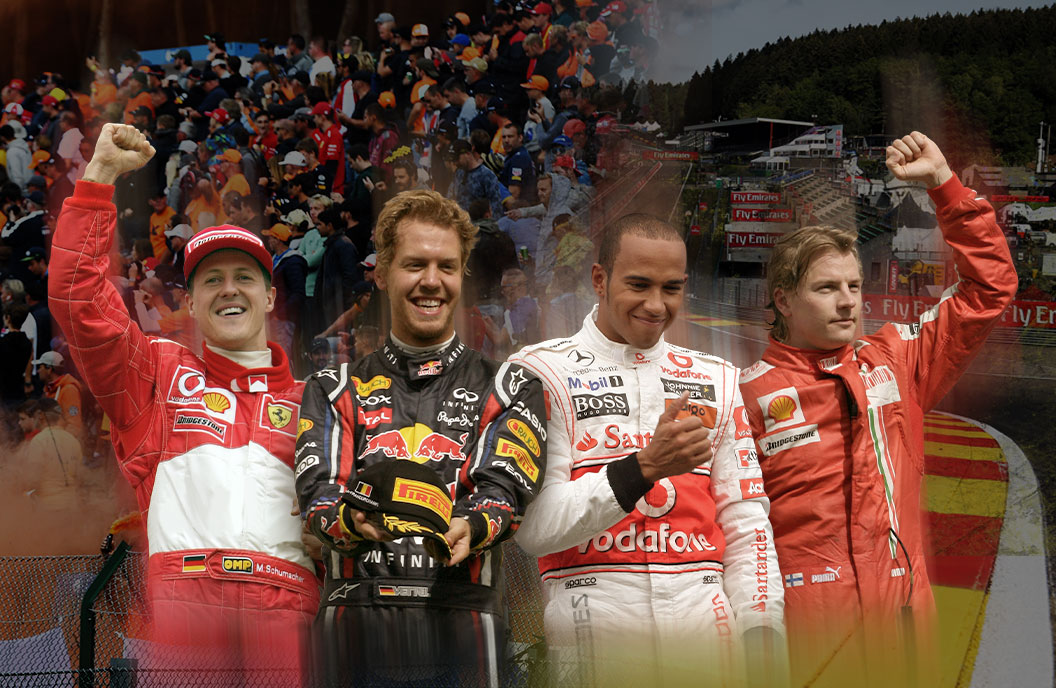 F1 Authentics - the only official online F1 memorabilia platform - has launched its latest F1 collectibles auction, Spa Francor Champs. The online event will feature a collection of rare and exclusive F1 items as well as race-worn racewear that drivers on the 2021 F1 grid will don at this season’s Belgian Grand Prix.

Running between 17th and 31st August, the online Formula 1 auction will include memorabilia from the likes of Michael Schumacher, Ayrton Senna, Niki Lauda, Lewis Hamilton, Sebastian Vettel and many more, covering several decades of the sport and the race held at Circuit de Spa-Francorchamps.

The first Grand Prix race to be held at the Spa circuit dates back to 1925 in pre-war racing. However, it first joined the official FIA Formula One World Championship calendar in 1950 (when ‘Formula 1’ formed). Besides a handful of races since then being held at other circuits, Circuit de Spa-Francorchamps has been the quintessence of Formula 1’s Belgian Grand Prix.

Now, the Spa Francor Champs auction will celebrate the iconic race, considered one of the greatest on the F1 race calendar, with an array of rare Formula 1 memorabilia. The items will be available to place bids on throughout the two-week period, with final bids accepted on the last days of the auction. After which, winners of the items will receive their memorabilia, ready to display, allowing them to own a genuine piece of Formula 1 racing action.

“Our Spa Francor Champs auction will pay homage to the incredible race held at circuit over the years of F1. From race-worn 2021 racewear, to race-winners’ trophies, to signed photos and autographed programmes, our collection offers something for every race fan.

“Bringing the action closer to you over the next two-weeks, this auction is the perfect build up to the 2021 Belgian Grand Prix,” commented Philip Danglidis, Commercial Director, F1® Authentics, The Memento Group.

The Spa Francor Champs auction will run from 17th to 31st August and will be available via f1authentics.com. Items listed have been supplied to F1 Authentics from Private Collectors, as well as from its own collection.